The Football Teams That Chose Us

HomeNewsThe Football Teams That Chose Us
Back

As early as 2010, it became evident that Bansko was developing as a year-round tourist destination rather than a winter one. In combination with the favorable weather conditions – temperature and fresh air, effort was made toward organizing football training camps for men, adolescents, and children, as well as children’s football tournaments. We, at Belvedere Holiday Club hotel, have also started working in this direction as a loyal partner.

Men’s teams from the country and abroad

Over the years, we have held training camps for many of the men’s teams in the Bulgarian A Group such as Levski, Slavia, CSKA 1948, Botev Plovdiv, and others. PFC Slavia have been visiting us for more than 10 years and during that time, they have become not only our guests, but also our friends. The trust they give us is the greatest reward for our efforts.

In addition to the Bulgarian teams, Belvedere Holiday Club we have also welcomed many foreign ones such as the Clincheni Academy – Romania, Viturul Pandurii – Romania, Alton Aser – Turkmenistan, as well as the national football team of Turkmenistan. We can proudly say that these teams have also become our regular customers. It should be noted that foreign athletes increase the popularity of the hotel and destination and promote tourism.

I have welcomed teams like Levski, Beroe, Slavia, players like Jimmy Floyd Hasselbaink and Michael Essien, but I am happiest when we have the opportunity to welcome children who play football…

Dimitar Iliev is the manager of two of the most prestigious hotels in Bansko – Boutique Hotel Amira – 5 stars and Aparthotel Belvedere Holday Club – 4 stars. 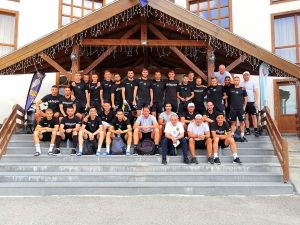 In addition to men’s teams, we have hosted many children’s tournaments and camps. It is always a pleasure to work with them, because children are extremely sincere in their joy and sadness, and they are our future. We have welcomed many Bulgarian teams in different age groups such as Slavia, Ludogorets, Ares, Mechetata, Levski Spartak, Vitosha Bistritsa, and others. And among the foreign teams are Nottingham Forest – Great Britain and Paok – Greece. We have even welcomed children from South Sakhalin. 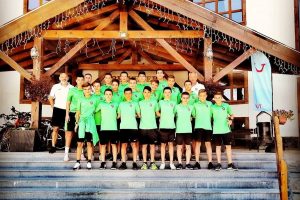 Hosting sports teams has its specifics. Their requirements are different from those of the individual client and the hotelier is obliged to comply with them. In addition to the premises, there are specific requirements regarding food. Of course, a good and warm attitude is still the most important aspect. For us at “Belvedere Holiday Club,” it is a great recognition that most of the teams we have welcomed come back to stay with us every year and more and more teams are interested in us.

Satisfied customers are our mission.